Thoughts from the Aon Team

The USPTO recently reported in a blog post that trademark applications are up nearly 60% over the first six months of 2021. This surge in applications is evidence that new businesses and new product offerings are up, likely confirming a resurging economy.  It is also another example of the increased importance of intangible assets to today’s businesses. Intellectual property continues to be one of the most valuable assets that a company holds.

As these assets become more valuable, they also become subject to more risk. Those of you who were with us in January, when we first mentioned third-party risk, might recall that it is one of the most likely sources of IP infringement risk.* As innovation supply chains become increasingly complex, third-party relationships can present numerous risks, including the possibility that their products unwittingly infringe of a third-party’s IP. One well-known example is Wells Fargo’s loss of a $200 million patent case, due to relying on 3rd party software that was found to be infringing.

These are all insurable risks and are usually managed by requiring broad indemnification provisions in contracts. However, the process for managing vendor and other third party compliance is often manual and ad hoc. It’s particularly cumbersome and time consuming for larger organizations with complex supply chains.

Fortunately, there are solutions to help organizations with third-party risks. Our Vendor Risk Management (VRM) SaaS solution was originally developed to help manage third-party IP risk, but can help with all types of insurable third-party risk. To learn more, you can check out this video of a panel we did with a group of leading financial institutions or simply send us an email.

And, for those of you who are podcast listeners, be sure to listen to this week’s episode of On Aon. I had a great time chatting with Sheena Singh about all sorts of IP-related topics, from its critical importance to a company’s value to how we’re working to address diversity and inclusion in inventorship.

Aon in the News 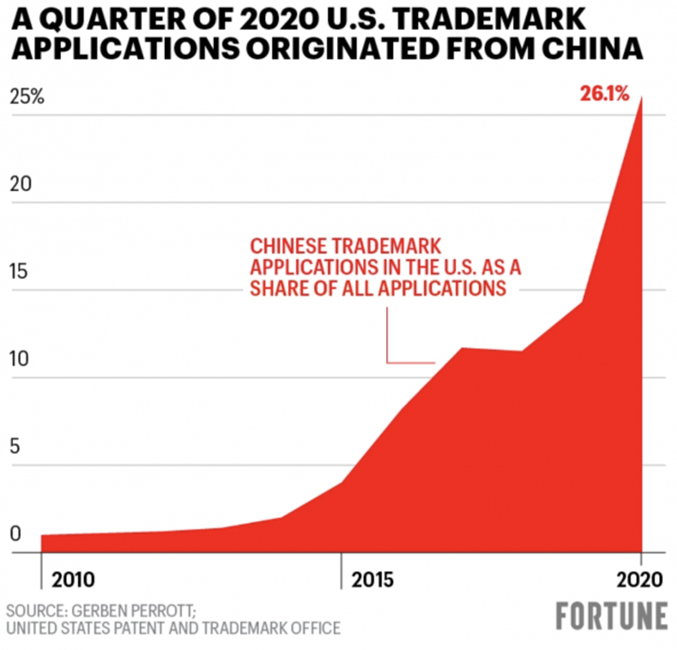 "China is flooding the U.S. with trademark applications and no one is sure why" - Fortune / Source: Gerben Parrott, United States Patent and Trademark Office